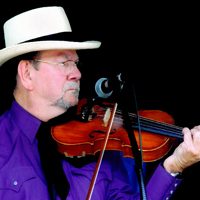 The Bascom Lamar Lunsford Award has been given out since 1980 to individuals who have made significant contributions to the folk, musical, and/or dance traditions of the southern mountain region.

The 2022 Lunsford Award goes to Bobby Hicks. Hicks is an internationally-known fiddler. He played bass and fiddle with Bill Monroe and the Bluegrass Boys for many years and appeared on some of the band’s monumental recordings of fiddle tunes, including “Scotland” and “Big Mon.” Hicks also played with Jesse McReynolds and the Virginia Boys, Ricky Skaggs and Kentucky Thunder, Earl Scruggs, J. D. Crowe and the New South, and other greats. Among his many recordings are five Grammy-winning releases (one with Bill Monroe and four with Ricky Skaggs), three gold albums, one platinum album (Ricky Skaggs’ Highways and Heartaches), and the legendary Bluegrass Album Band records. He has also influenced countless local musicians as a regular at Zuma‘s Thursday night jams.

2020: Festival was held virtually, due to the pandemic, so no award was given
2019 Loretta Freeman