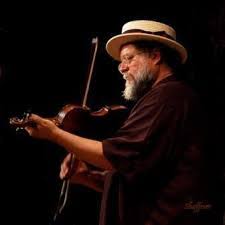 Mick Kinney
Mick Kinney has been playing traditional fiddle since the 1970’s, and is skilled in a multitude of instruments in an eclectic repertoire, which includes Cajun, blues, rags, and swing. This is the second year for Mick teaching at Roots of American Music. Mick has taught old-time music at The Swannanoa Gathering, the Alabama Folk School, and the Blue Ridge Old-time Music Week, among others, and performs regularly with his string band, The Georgia Crackers. To learn more about his band and to hear them play, go to https://www.facebook.com/georgiacrackers/app_155326481208883 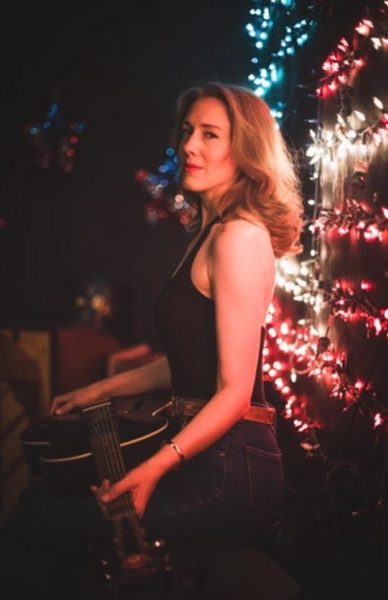 Brennen Leigh is an American songwriter, guitar player, mandolin player and singer whose to-the-point storytelling style has elevated her to cult icon status in Europe, Scandinavia, across the United States, South America and the United Kingdom. It’s easy to see why she’s caught the ear of greats like legendary Lubbock fiddler Tommy Hancock (widely regarded as the godfather of West Texas music), who was quoted as saying of Leigh’s work; “It’s great to hear music that affects you on an intellectual level as well as makes you want to dance”.
All musical and performing prowess aside, the thing Leigh has become most famous for is her whip-smart songwriting. Her songs have been recorded by Lee Ann Womack, Rodney Crowell, Sunny Sweeney, Charley Crockett, Sarah Borges, Whitney Rose, Austin’s The Carper Family, and Norway’s Liv Marit Wedvik, among others. Leigh has collaborated with songwriting greats such as Rodney Crowell, Jim Lauderdale, John Scott Sherrill, Robbie Fulks, Charlie Louvin and David Olney. On the critically acclaimed duet album Holdin’ Our Own (2008), Leigh sang duets penned with country rockabilly giant Jesse Dayton. In 2013 Leigh released the Gurf Morlix produced Before The World Was Made with her frequent songwriting and touring partner Noel McKay. In 2015, Leigh appeared on Don’t Forget Me Little Darling, Remembering the Carter Family, along with fiddler Jenee Fleenor (Blake Shelton, Martina McBride) and guitarist Brandon Rickman (Lonesome River Band). Leigh was a core member of country bluegrass band High Plains Jamboree from 2015 to 2017, also featuring fiddler Beth Chrisman, guitarist Noel McKay and bassist and banjo player Simon Flory. Rolling Stone called the band “One of the Best Things We Saw at AmericanaFest.”
Leigh is two time Texas Music Awards Best Female Vocalist, 2018 Ameripolitan Music Honky Tonk Award winner, appeared as a finalist on USA Network’s Nashville Star television show in 2003, and most notably, was champion of the 1993 Vergas Loon Calling Contest as a child in her home state of Minnesota. It was there Leigh got her musical start, when she began touring at age fourteen as part of a mandolin and guitar duet with her brother Seth Hulbert. While still in their teens, the sibling duo performed at the Minnesota State Fair, toured the United States from coast to coast, and opened a string of dates for bluegrass legend Ralph Stanley. The early “brother duet” style is still an obvious influence in Leigh’s music. Twenty years into a career she started young, she proudly flies the flag of genuine country music wherever her travels take her. 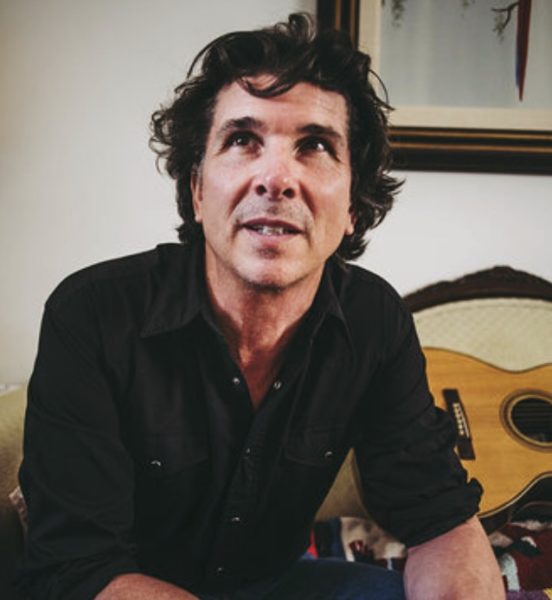 Noel McKay
Noel McKay is a songwriter who was raised in Lubbock, Texas and The Texas Hill Country. His songs have taken him across the United States and all over the world. In 1993 he was discovered by songwriting legend Guy Clark while performing his songs at a venue in Kerrville, Texas. Clark’s mentorship has been a key component to Noel’s success as a songwriter. In the 2000s Noel had several regional hits across the state of Texas with his brother Hollin McKay in the band McKay Brothers. Those songs can still be heard from time to time getting spun on Texas Radio stations and satellite radio. These days Noel can be found playing his songs to packed houses of astute listeners both stateside and in Europe. He’s recently discovered the art of co-writing and has written songs with greats such as Guy Clark, Richard Dobson, David Olney, John Scott Sherrill, Shawn Camp and Brennen Leigh. Recently Leigh has become Noel McKay’s Songwriting and duet partner and their collaborations have garnered wide acclaim. When not on the road, Noel splits his time between Austin and Nashville. 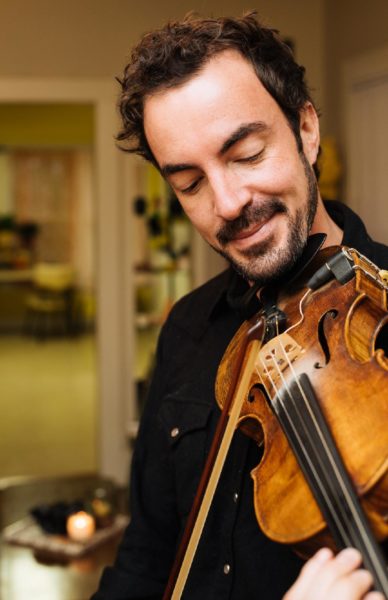 Joel Savoy
The son of Cajun music royalty Marc and Ann Savoy, and founder of the Louisiana-based label Valcour Records, Joel Savoy is a GRAMMY-winning recording engineer and record producer as well as a ten-time GRAMMY nominee. Recently appointed the Artistic Director of the Festival of American Fiddle Tunes in Port Townsend, Washington, Joel is a versatile fiddler and guitarist and he has played and taught music around the world for the last 20 years. He has worked with the best in southwest Louisiana as well as with folks like John Fogerty, Linda Ronstadt, Steve Earle, and T-Bone Burnett, although most often he’s seen with his brother Wilson and their parents in the Savoy Family Cajun Band or with the legendary Cajun powerhouse Jesse Lége. In 2017 he was an ICON Award honoree in Lafayette, Louisiana, for his contributions to the area’s art, business and culture, and in 2018 he became the curator for the esteemed Louisiana Crossroads concert series at the Acadiana Center for the Arts in Downtown Lafayette. He also served as a governor on the board of the Memphis Chapter of the Recording Academy for three years and as the chapter Vice President for a year and has appeared on the big screen in The Divine Secrets of the Ya-Ya Sisterhood, All the King’s Men, HBO’s Tremé and Anthony Bourdain’s No Reservations and Parts Unknown. 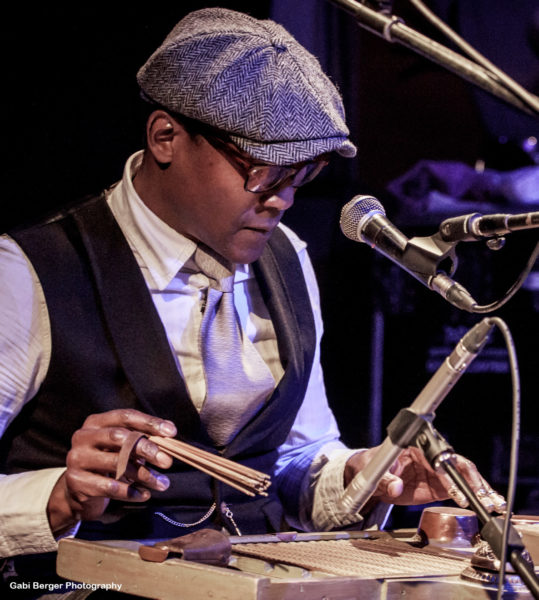 Hailing from Trinidad and Tobago, Benedict Turner keeps the beat by blending various washboard techniques into his own unique style. Benedict has studied with Washboard Chaz of Louisiana fame as well as with Newman Taylor Baker of the Ebony Hillbillies. Inspired by these two talented percussionists, Benedict created his own style using a variety of brushes and thimbles and is a perfect rhythmic accompaniment for the Piedmont Blūz Acoustic Duo. Occasionally, he also chimes in on bones or harp for added accents and his subtle touches add just the right amount of texture. 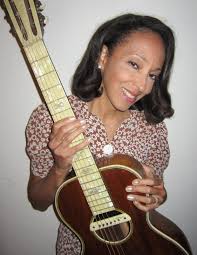 New Yorker with southern roots in Virginia and Georgia. She plays finger style Country Blues guitar and specializes in the Piedmont style of fingerpicking. She has taught at the Port Townsend Acoustic Blues Workshop, Blues & Swing Week, and at Blues in the Gorge. A 2018 inductee into the New York Blues Hall of Fame, Valerie’s eclectic repertoire was heavily influenced by the late John Cephas, a world renowned Country Blues musician in the Piedmont style, and her guitar playing is reminiscent of traditional blues greats like Mississippi John Hurt, Etta Baker, and Elizabeth Cotten. Valerie and her husband Ben perform as the Piedmont Blūz Acoustic Duo and, in addition to a host of domestic venues and festivals, these tradition bearers have traveled as far as Europe and the Middle East to share their music. Valerie looks forward to joining the Roots of American Music Week faculty for 2020.

Lightnin’ Wells produced the first commercial recordings of the N.C. blues veterans Big Boy Henry, Algia Mae Hinton and George Higgs. He has traveled and performed extensively with these musicians and has documented their backgrounds and musical histories for future generations. He is also a life-long student and devotee of the pioneering performers in the piedmont blues tradition which once thrived in the Carolinas, including such artists as Blind Boy Fuller, Rev. Gary Davis and Elizabeth Cotton; deceased musicians whose influence seems only to grow with time.

The year 2008 saw two new Lightnin’ Wells CD releases. Shake ‘Em on Down was recorded on the west coast of the U.S. and features solo acoustic renditions of piedmont and delta blues with selections from the American old-time country and popular-music catalogs for added variety. Jump Little Children: Old Songs for Young Folks was designed with the younger listener in mind. These remastered home recordings offer a wide variety of American roots music including children’s favorites, blues, folk tunes, old-time music and vaudeville.

Lightnin’ remains an insatiable student and researcher, studying the various forms of American roots music from bygone eras. He plays a number of instruments besides the guitar including the harmonica, ukulele, mandolin and banjo. He has taught blues guitar at most of the leading “Blues Weeks” sponsored by universities and teaching organizations throughout the country. He served for ten years as a board member for the Music Maker Relief Foundation which assists elderly blues and old-time musicians to meet their basic needs and continues to serve this organization in an advisory capacity. He is presently included in the North Carolina Arts Council’s Touring Artist Roster for 2008-2009 as well as the American Traditions National Roster through the Southern Arts Federation.

With his experience, knowledge and well-honed performance skills, Lightnin’ Wells has established himself at the forefront of the traditional blues revival. His musical style is personal and energetic yet remains true to the original root form. His goal is to entertain and educate using a variety of sources, influences and techniques to express his dedication, respect and pleasure in presenting this unique American art form. Wrote one recent reviewer; “Whether you look for to performers for inspiration, education, virtuosity, or sheer entertainment, Lightnin’ Wells delivers all the above, every single time”. 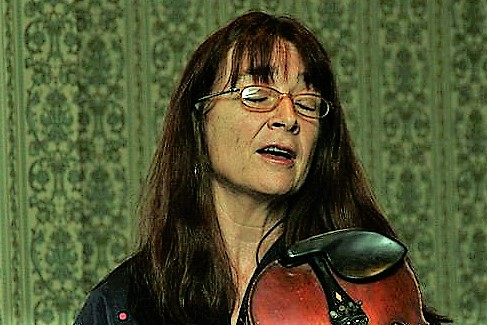 One of the most respected guitar players in old time music today, Beverly Smith is also in demand as a singer, fiddler, and dance caller. Besides her highly praised recordings of early country duets with Carl Jones, Alice Gerrard and John Grimm,  her guitar playing has been featured on recordings of fiddlers Bruce Molsky, Rafe Stefanini, Tara Nevins and Matt Brown, and her singing with Mick Moloney, John Doyle, Laurie Lewis and others.  Along with June Drucker, Rose Sinclair and Tara Nevins, she was a founding member of The Heartbeats Rhythm Quartet.   She has taught guitar, fiddle and dance at music camps including Ashokan Southern Week, Augusta Heritage, Swannanoa Gathering, Blue Ridge Old-Time Music Week, Festival of American Fiddle Tunes and Summer Acoustic Music Week as well as Sore Fingers UK; Haapavesi, Finland; and La Fuente del Musica in Spain.  She has been a featured guest on A Prairie Home Companion, ETown, Mountain Stage and Voice of America, has toured extensively in both the US and the UK, and has played concert halls and festivals all over Europe, Canada and the US. Her guitar playing was featured in the October 2000 issue of Acoustic Guitar Magazine.  She is happy to call Marshall NC home.