The Tree Trail is a walking tour of significant specimen trees on the main portion of the university campus. The trail follows sidewalks and paved paths and is approximately 0.75 mile (1.2 km). Start the trail at the flag poles near Tree #1 or at Broyhill Chapel near Tree #32. Tree labels are attached to the tree trunk or a nearby post. The label includes the common name and scientific name of the species along with its native region of origin. (A brochure and map is available in PDF form for you to download.)

A Source of Education

Beyond natural beauty, the trees on campus provide educational opportunities for MHU students and general public.

More than 60 species have been identified on the campus grounds, and over 40 species are included on the tree trail. Most of the species are native to the southern Appalachian Mountains, but a few specimens native to the temperate regions of western North America, Europe, Asia are also present.

The southern Appalachian Mountains host more than 100 species of trees. The region is one of the most biologically diverse temperate regions of the world due to mountainous topography and variety of environmental conditions. Within 50 miles of campus, one can visit locations among the driest and wettest in North Carolina: Weaverville and Mount Mitchell, respectively. Likewise, temperature varies from the warm low elevations of the French Broad River valley to the cool high peaks of the Craggy and Black Mountains. The southern Appalachians are a place where south and north meet. Southern trees, such as sweetgum, coexist in the same landscape with red spruce, a tree common in New England.

Forests have long provided important resources for people. Native Americans found food, such as acorns and hickory nuts, along with medicinal plants in these woods. Early European settlers cleared the land for farming. However, there is more forest around Mars Hill now than in 1900.

During the 20th century forests increased in landscapes of the southern mountains. Social and economic changes led to the abandonment of farms, and those fields and pastures reverted to forest. Populations of wild life, such as bear, deer, and forest wildflowers and birds increased with this additional habitat.

In the early 21st century, forests near major cities and transportation corridors are being replaced by residential and industrial development. Today, woodlands provide timber, clean water, and recreational opportunities which enhance our quality of life. 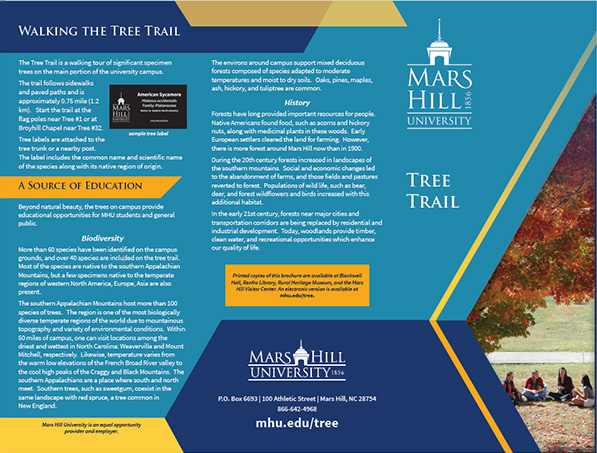 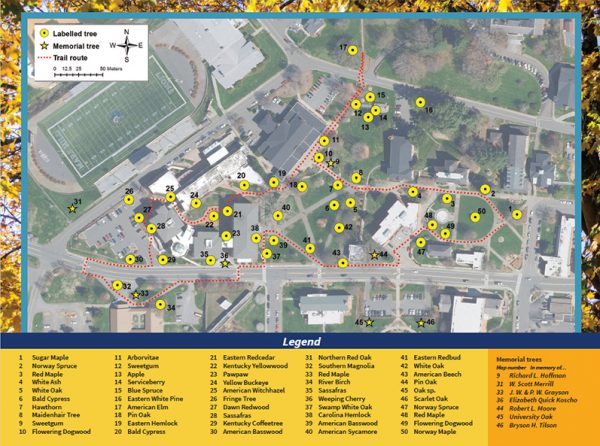