MHU Trustee Given Key To the City 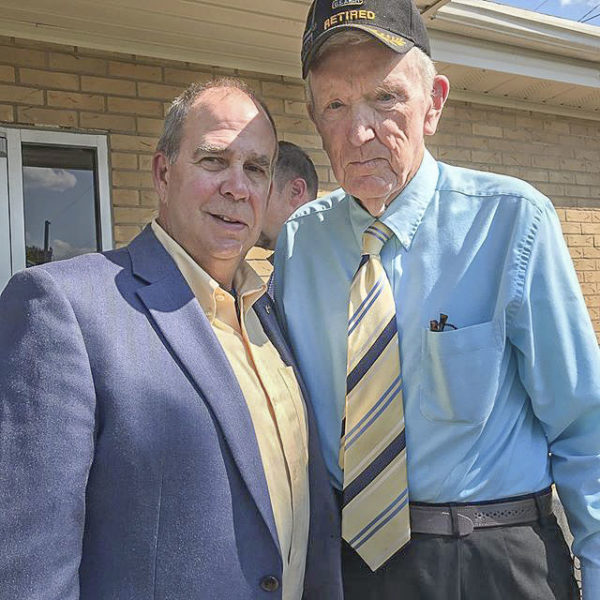 In a ceremony at First Wesleyan Church , a city official gave him a key to the city. (First Wesleyan was his childhood church.) He also received North Carolina’s Order of the Long Leaf Pine. The governor’s office issues the award for “exemplary service to the State of North Carolina.”

The MHU trustee board passed a resolution of appreciation for Burgin. University representatives presented it at the ceremony.

He served 30 years as a U.S. Army chaplain and retired with the rank of colonel. He received two Legions of Merit, the Bronze Star, five Meritorious Service Medals, and six Army Commendation Medals, among other honors.

Burgin was pastor of Lattimore Baptist Church for more than 30 years. He and his wife, Mickie, own and operate Burgin Farms.

He and Mickie actively support several ministries in India. One is a medical mission they began with their daughter, Kelli Mayfield. She is a physician and alumna of Mars Hill.