The Judge-McRae School of Nursing hosted its Bachelor of Science in Nursing Pinning Ceremony on Friday, May 10, in Broyhill Chapel. At the ceremony, four graduates received awards of special note:

Haley Sparrow received the Academic Excellence Award. This award is presented to the student graduating who has excelled academically as determined by his or her overall grade point average.

The awards were presented by Sharon Bigger, Assistant Professor of Nursing. 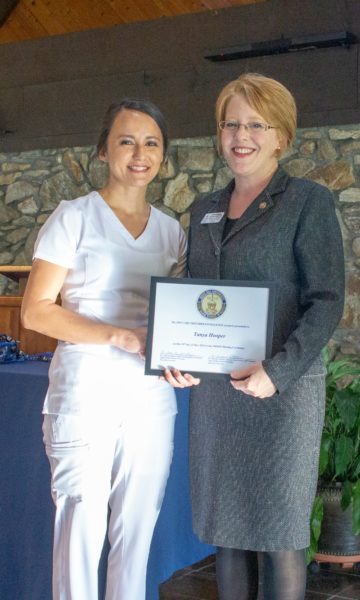