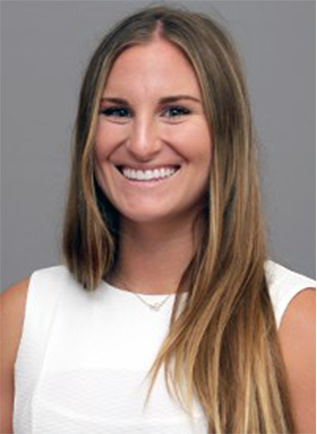 Shelby Armstrong has been named the first ever Women’s Acrobatics and Tumbling Head Coach at Mars Hill as announced by Director of Athletics Rick Baker.

“Shelby is a great addition to our athletic family,” Baker stated. “She already has experience building an acrobatic and tumbling program from the ground up so she is a perfect fit for our needs.”

In December of 2016, Armstrong was named the head coach at Davis and Elkins College where she built the first team in school history.  Armstrong holds a professional membership USA Gymnastics (USAG).

“I am honored to be named the Head Coach of the first Acrobatics & Tumbling team at Mars Hill University,” Armstrong stated. “I believe my experience as an athlete and as a collegiate coach having previously built a program will make me a great addition to the Mars Hill community and University. I am grateful to Rick Baker for the opportunity, and excited for this new journey on the Hill.”

Armstrong was a member of the acrobatics and tumbling team while studying at the University of Oregon, leading the team to two national titles.

She graduated with a Bachelor’s in General Social Science and a minor in Political Science in 2016.  She later obtained her Master’s in Coaching and Athletic Administration from Concordia at Irvine in 2019.

Baker added, “Her athletic and coaching accomplishments are very impressive and we are extremely excited to start this very popular emerging female sport next year.”

Armstrong will begin her duties on January 4, 2021.