The Mars Hill University Wind Symphony is the principal instrumental performance ensemble in the Department of Music. The Wind Symphony performs concerts both on and off campus (including an annual concert tour) and has been featured at conferences such as the North Carolina Music Educators Association and the College Band Directors National Association.

The MHU Wind Symphony performs a wide array of compositions, from marches to wind band classics, from transcriptions of orchestral standards to world premieres of contemporary music.

Admission to the Wind Symphony is by audition and is open to music majors and non-majors alike. 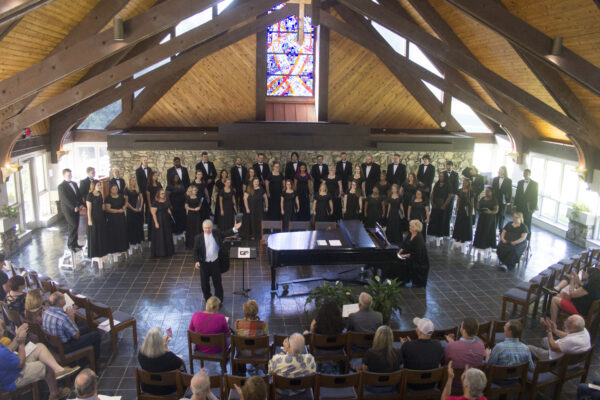 The Mars Hill University Choir has a long and storied tradition of excellence. With annual tours and on campus performances, choral students are active participants in the cultural scene of the university. The choir has appeared at Carnegie Hall, toured internationally, and has participated on conference performances of the American Choral Directors Association and the North Carolina Music Educators Association. Admission is by audition and is open to music majors and non-majors alike. 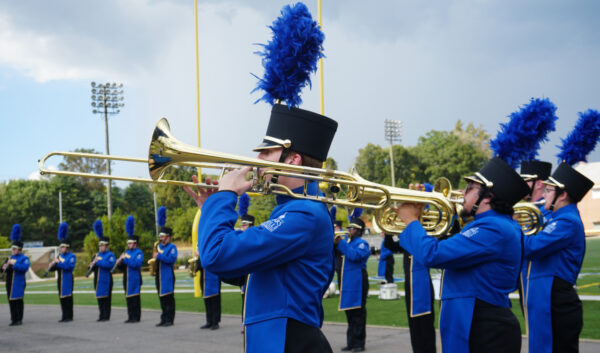 The Mars Hill University Mountain Lion Marching Band represents the Department of Music and the school at home football games and selected community events. Open to both music majors and non-majors alike, students wishing to participate in marching band may audition for the directors of the ensemble, Dr. Hunter Kopczynski and Dr. Brian Tinkel.