Mars Hill University’s board of trustees began 2021 with a new slate of officers and several new board members. Three people joined the board for the first time, and the new chair of the board is the first African American to hold that position. 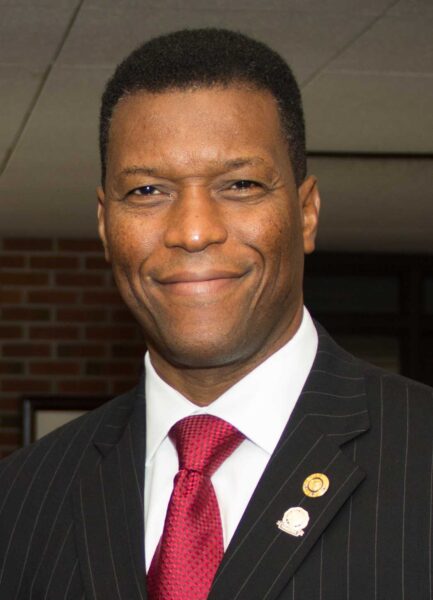 Taking leadership of the board on January 1 was Mike Kelly, a trustee since 2014 and the board’s vice-chair during the previous term. Kelly, a 1982 Mars Hill graduate, is a former executive with Macy’s and Michelin, and now operates, with his wife, Melinda, Right Path Enterprises, a consulting, strategic planning, and leadership development firm in Cincinnati, Ohio.

“We are excited to have Mike Kelly as our board chair,” said MHU President Tony Floyd. “Mike has spent his entire life in leadership positions in the business world, in community organizations, and has served as a key leader with Rotary International. His kind spirit and warmth will help to set a tone for our university as we move forward with exciting initiatives during challenging times. Mike Kelly loves Mars Hill University and credits his time here as a student with helping to set him on course for a successful life. During my time here he has been constantly engaged with philanthropy, engaging with students through speaking events, and has provided strong leadership on various board committees including the executive committee which he will now lead.”