Mars Hill University Welcomes New Leadership To Its Trustee Board 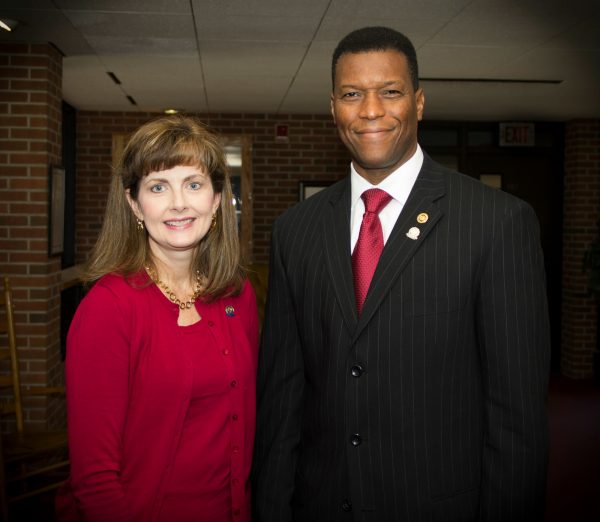 Mars Hill University rings in the new year with new leadership on its governing body. The university’s board of trustees begins 2019 with a new chair in Linda Judge-McRae and new vice-chair in Mike Kelly. The slate of new board members for the current term includes two new trustees, two trustees serving their second consecutive term, and four former trustees returning to the board following required time off the board.

Meet the Chair and Vice-Chair

Linda Judge-McRae is a 1986 alumna of the university, then known as Mars Hill College. She and her husband, Norman (also a Mars Hill graduate), own Caris Healthcare in Knoxville, Tennessee, and provided fundamental vision and financial support to establish the Judge-McRae School of Nursing at Mars Hill University. Judge-McRae joined the board of trustees in 2014. She previously served as vice-chair and became chair with the conclusion of the term of Wayne Higgins of Weaverville, North Carolina.

Mike Kelly is a 1982 Mars Hill alumnus who lives in the Cincinnati suburb of Mason, Ohio. A former vice president at Macy’s, he now owns Kelly Financial Planning and with his wife, Melinda, operates Right Path Enterprises, a consulting, training, and coaching firm. He also joined the trustee board in 2014.

Other Members of the Trustee Class of 2022

New trustees for the 2019-2022 term are Steve Francis of Columbia, South Carolina, and Dr. Sigsbee Duck of Rock Springs, Wyoming. Francis is a 1972 Mars Hill graduate and retired vice president with Agfirst Farm Credit Bank. He previously had served on Mars Hill’s board of advisors. Duck is a Mars Hill alumnus who practices otolaryngic allergy and was named the 2017 Wyoming Physician of the Year. He is the son of Dr. Otis Duck, a longtime general practitioner in Madison County and former chair of the board of trustees.

About the MHU Board of Trustees

Mars Hill University’s board of trustees is the governing body of the institution, responsible for approving all major policy decisions, adopting the university’s budget, and ruling on other major matters of university business. It delegates operation of the university to the president, who serves as the official liaison between the university and the board. The board currently is comprised of 30 members serving staggered terms.