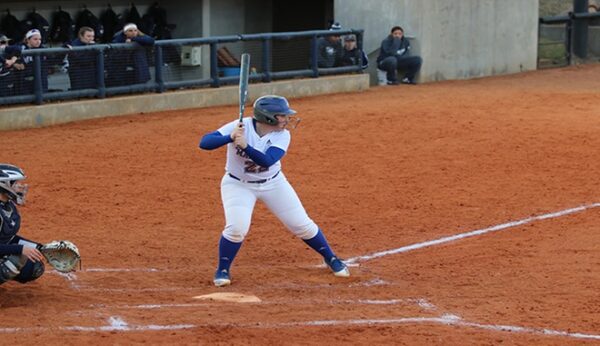 “I am so excited and grateful to have been chosen as the South Atlantic Conference’s representative on the NCAA DII Student Athlete Advisory Committee,” Langheim said.

Langheim, a junior, is one of 28 student-athletes on the National SAAC and is the lone softball representative for Division II.  Her term will run until January, 2023.

Langheim will bring her experience as a SAAC member at the conference level to the national level with this appointment. “Being a part of the National SAAC is a huge honor because not only will I be advocating for SAC athletes, but I also will be representing the voice of athletes across Division II sports,” she added.

The Suwanee, Georgia native has appeared in 36 games for the Lions, recording seven home runs, 22 RBI, and batting .314 over her career.

“We are so proud of Maggie for all of her achievements, but especially for earning this opportunity to represent Mars Hill University and the South Atlantic Conference at the national level,” Assistant Athletic Director/Director of NCAA Compliance/Senior Woman Administrator Monica Gordy Polizzi stated.

Division II SAAC members are responsible for gathering feedback and reporting on behalf of their conference, as well as relaying important events, hot topics and educational information to both the campus and conference levels.

Division II SAAC members also serve as voting members on a number of Division II committees, including the Management Council. The SAAC also has voting authority during the Division II Business Session at the annual NCAA Convention.

“Maggie stepped into the SAAC and demonstrated her incredible leadership skills immediately, and has had such a positive impact on our campus,” Polizzi added. “Working with the SAAC on a national level will be a unique and rewarding experience for Maggie.”

Additionally, two members of the Management Council, which includes Mars Hill Faculty Athletics Representative Marty Gilbert, and one member of the Presidents Council serve as ex-officio and nonvoting members.

The Division II SAAC Nominating Subcommittee selects national committee members from a diverse pool of candidates that conference offices submit. The Division II Management Council ratifies the appointments, and each student-athlete serves a non-renewable three-year term; however, the student-athlete may serve only up to one year after exhausting his or her eligibility.

Polizzi remarked, “We know she will excel in her new role and be a fantastic ambassador for our student-athletes.”