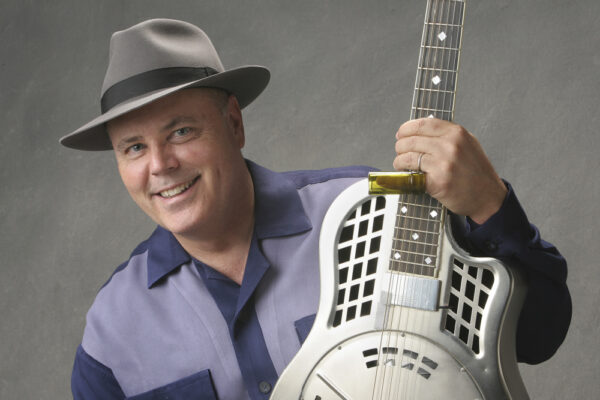 Grammy-winning entertainer David Holt is the recipient of this year’s Bascom Lamar Lunsford Award. The award has been given yearly since 1980 to “an individual who has made significant contributions to the folk, musical, and/or dance traditions of the southern mountain region.” The award usually is presented during the Bascom Lamar Lunsford Mountain Music Festival at Mars Hill University, but with this year’s festival canceled due to health concerns surrounding COVID-19, there will not be an in-person award presentation ceremony.

Holt is a four-time Grammy Award winning musician, storyteller, historian, television host, and entertainer. He is dedicated to performing and preserving traditional American music and stories. Holt plays several acoustic instruments and has released numerous recordings of traditional mountain music and southern folktales. He founded the Appalachian Music Program at Warren Wilson College in 1975 and has pursued his music and storytelling passion as a full-time career since 1981. Holt hosted the PBS television program “Folkways” for 30 years, and is currently hosting the PBS series “David Holt’s State of Music.” Both programs have featured important and influential musicians—from Etta Baker to Doc Watson to Rhiannon Giddens—and have helped to preserve their words, stories, and music for generations to come. In addition, Holt has been a guest on “Hee Haw” and the “Grand Ole Opry,” and appeared in the Coen Brothers’ 2000 film, “O Brother, Where Art Thou.”

“I am so honored to be selected for this award,” said Holt. “It really means a lot to me. Bascom certainly was a great influence on my music and I always felt a kinship in trying to spread the good word of mountain music.”

The Bascom Lamar Lunsford Mountain Music Festival is Western North Carolina’s second-longest-running folk music festival. Lunsford dedicated his life to traveling the Appalachian Mountains to find, memorize, and record the songs and dances so intimately woven into mountain culture. He started the Mountain Dance and Folk Festival in Asheville in 1928, and was instrumental in the creation of multiple festivals throughout the United States. Mars Hill University’s Liston B. Ramsey Center for Appalachian Studies organizes the festival.

With high COVID-19 numbers and a strained local healthcare infrastructure, organizers opted to cancel this year’s festival, scheduled for October 2. Festival director Leila Weinstein said they did not want to exacerbate the situation: “Our festival attracts people from all over the country, and welcomes many in vulnerable populations (performers and audience members), including young children and older adults. Additionally, our students help to staff the festival. We want to make sure we keep everyone safe.”