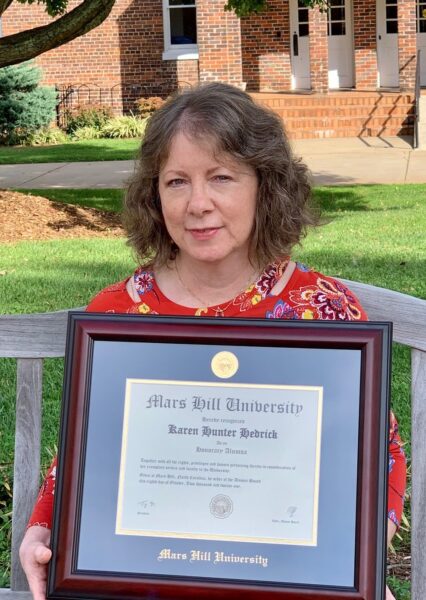 It was a very special weekend for one person who has attended MHU Homecoming events for years, and this year did so for the first time as an honorary alumna. At its fall meeting on October 8, the Mars Hill University Alumni Board, along with President Floyd and VP Bud Christman, proclaimed Karen Hedrick as an “honorary alumna” of Mars Hill University. Karen is in her 44th year of service, and has contributed her friendship, positive attitude, and selflessness to many different departments along the way, most notably in advancement and admissions.