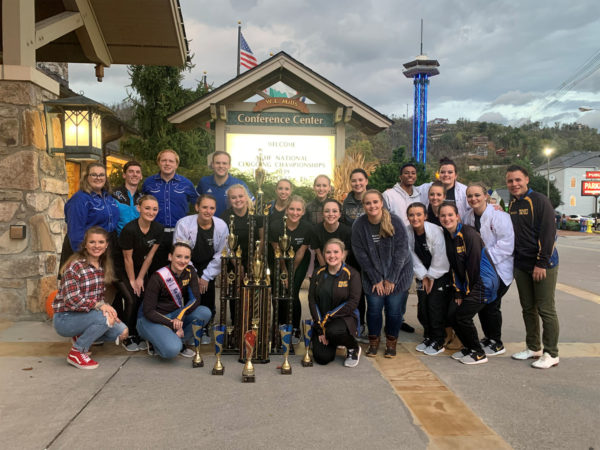 The team also received first runner up awards in the categories of Open Contemporary Team and Open Traditional Team.

In addition to the team awards, a number of Mars Hill’s cloggers won individual awards.

Danielle Buice-Plimpton, Director of the Bailey Mountain Cloggers said: “This weekend has been an incredible blessing to BMC and to me. These students have worked so hard since the beginning of this semester, and they have made me so incredibly proud. It’s not about the awards, it’s about how they have come together as a family with the new members and freshmen, learned nine new dances, and competed with thirteen dances. I’m honored to call myself their director.  And we are all honored to bring home another traditional national title to Mars Hill University.”