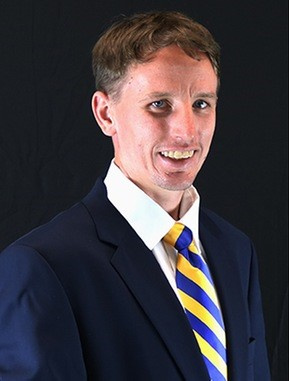 Alex Griggs was named as the head men’s and women’s cross country coach in the summer of 2020.  Griggs served as assistant coach during the 2019 season.

Griggs, a native of Taylorsville, North Carolina, attended Mars Hill where he majored in Physical Education. Griggs ran cross country, indoor and outdoor track. During cross country, he was Freshman Runner of the Year, 4-time First Team All-SAC, and during his senior year, he won conference, regions and also became a DII All-American.

Upon graduation, Griggs returned home to coach individual athletes of all ages and coached at Alexander Central high school.