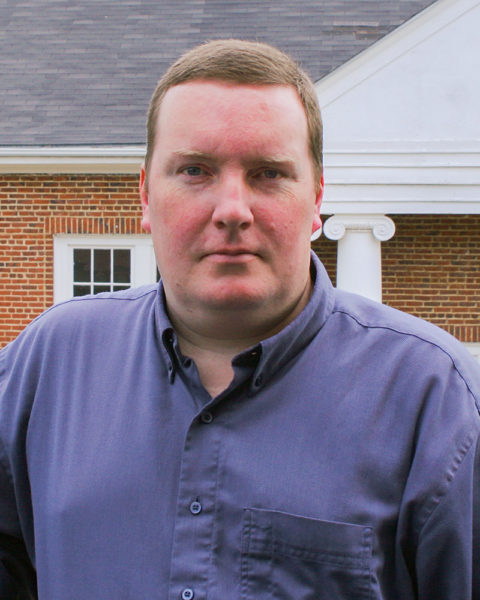 A 1988 graduate of Mars Hill (then known as Mars Hill College), he began his career in communications as a radio announcer at WKYK-AM in Burnsville, North Carolina, while still a student. Over nearly six years at the station, Thornhill held various roles, including program director and news & operations director. In 1991 he took a position as a news producer with public radio station WNCW-FM in Spindale, North Carolina, and the following year moved to television station WLOS in Asheville, North Carolina.

Beginning as an associate producer in the newsroom, he progressed through several producer roles, including producing the Anderson Regional Report on co-owned WAXA-TV (now WMYA), the 6pm weekend news, the weekend morning news, and for five years produced News 13 at 6, the weekday news broadcast that was the highest rated TV show in Western North Carolina. Thornhill also served two stints as assignment editor, managing the daily operations of the newsroom.

Since returning to his alma mater, his duties have included all facets of the marketing and communications operation: writing news releases; handling crisis communications; managing the university website, intranet, and social media platforms; producing the alumni magazine; designing brochures, flyers, and advertisements; creating photos and videos; creating and scheduling advertising and other marketing efforts; and “other duties as assigned.” He spearheaded marketing and branding operations for the institution’s transition from Mars Hill College to Mars Hill University.

In 2006, as part of the university’s sesquicentennial celebration, he was recognized as one of Mars Hill’s 150 “Alumni of Distinction.” He served several years on the board of the Madison County Chamber of Commerce, as an officer with the Blue Ridge Bicycle Club, as chair of MHU’s Staff Personnel Committee, and on the board of the College News Association of the Carolinas.

Outside of his university duties, Thornhill enjoys participating in bicycling and racquetball, and operates boutique photography business providing services under the brands WhistlePixels and Thornhill Photography. He is married and lives in Weaverville.