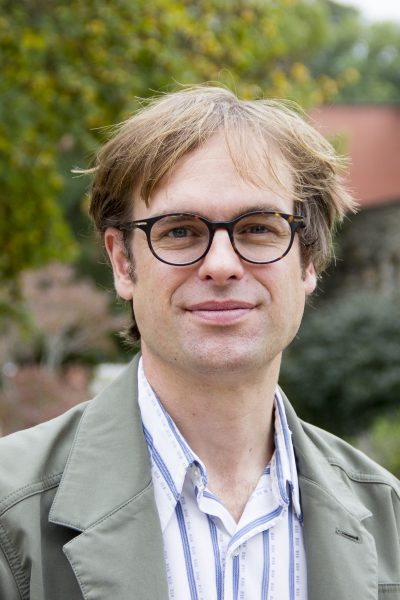 David Gilbert (Ph.D., University of Wisconsin-Madison, 2011) is a social and cultural historian of the United States, with emphasis in African-American history, commercial culture, and popular music. His first book manuscript, The Product of Our Souls: Ragtime, Race, and the Birth of the Manhattan Musical Marketplace (University of North Carolina Press, 2015) won the American Library Association’s Choice Award for Outstanding Academic Title (2015). The book explores African-American musicians and stage entertainers in New York City in the first two decades of the Twentieth Century and shows how black entertainers made Broadway Avenue and Tin Pan Alley synonymous with American national culture. The book also became the basis for a long-form album liner notes to the CD companion of the book (Archeophone Records), which was nominated for a Grammy Award in 2018. David and his sisters and girlfriend got to attend the Grammy Music Awards that year, but they did not meet Beyoncé or Janelle Monáe.

Gilbert teaches both U.S. survey courses and a variety of upper-level classes in American political, social, and cultural history, including courses in African-American history (HIS 350 and 327, 355), a music-heavy I&I one on popular music and black civil rights (HIS 354: “From Motown to 2Pac”) and a class on the “long Civil War” (HIS 413). He has researched Mars Hill’s fascinating histories of African Americans and Jim Crow segregation—even presenting locally about MHU’s own relationship with race and racism and, especially, the “Joe Anderson Myth”—and is working on a book manuscript on the 1970s connections between Nixon, Vietnam, and the funk band, Parliament-Funkadelic.