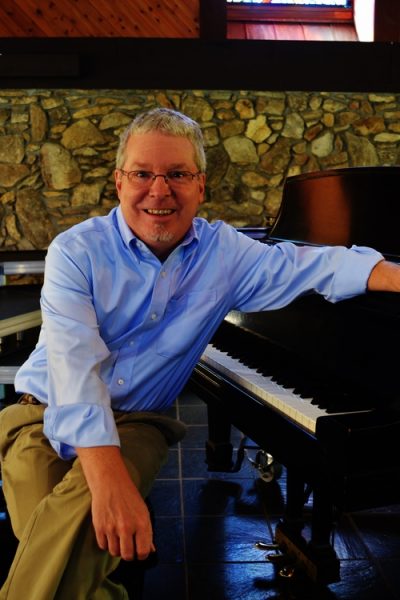 Dr. Rodney H. Caldwell serves as Chair of the Department of Music, Coordinator of Music Education, and Director of Choral Studies at Mars Hill University. He conducts The Mars Hill University Choir and Chamber Singers, and teaches courses in conducting, music education, and comprehensive musicianship.  Prior to his appointment at Mars Hill, Dr. Caldwell served as the Director of Choral Activities at Georgia Southern University, and as the Strentansky Distinguished Professor of Choral Music and Director of Choral Activities at Susquehanna University. Just prior to his appointment at MHU, Dr. Caldwell was in a professional position as conductor-in-residence at Carnegie Hall and Lincoln Center for MidAmerica Productions in New York.

Dr. Caldwell earned a B.A. in Music Education from Luther College, and his M.M. and D.M.A in Conducting from The University of Arizona. He has studied conducting with Weston Noble, Maurice Skones, Kenneth Jennings, Thomas Hilbish, and Jerry McCoy.  In addition to his academic appointments and the professional appointment in New York, Dr. Caldwell has served as Assistant Director of Arizona Chamber Choir, co-conductor of the Tucson Masterworks Chorale, and as Director of Choral Music for Ulysses Jr. and Sr. High Schools in Ulysses, Kansas.

Choirs under Dr. Caldwell’s direction have performed for the American Choral Directors Association, the National Association for Music Education, and for the Choristers Guild.  His choirs have also been heard in some of the most recognized venues in the world (including Carnegie Hall, Lincoln Center, Spivey Hall, the Basilica of the Immaculate Conception in Washington, D.C., and the Basilica di San Pietro in Vaticano in Vatican City.)

Dr. Caldwell has held several leadership positions in NAFME and ACDA at the state, regional, and national levels, and is also a frequent guest conductor and clinician, having conducted over 50 honor choirs throughout the United States and Europe.