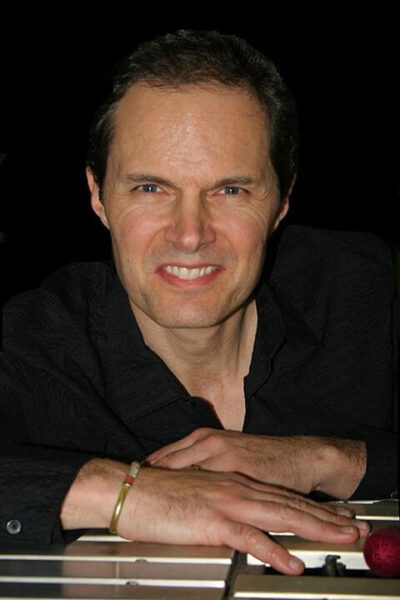 Paul Babelay enjoys returning to his alma mater to teach drum set and vibraphone. He received his M.M. in orchestral percussion from the University of North Texas and his B.M. in percussion performance from Mars Hill University.

Paul played his first professional gig on drums at 13, formed a band playing his original music on vibraphone at 17, and received his first royalty check from BMI at 24.

As a clinician, he has taught thousands of school students for the North & South Carolina Arts Council, North Carolina Touring Roster and National Endowment for the Arts. He is a regular performer at the Flat Rock Playhouse – State Theatre of North Carolina and drummer/keyboardist at Biltmore Church, one of the fastest growing churches in the Southeast.

His performances have taken him to venues throughout the US, Germany, Wales, Turkey and Greece and gigs that musically range from comedians Don Rickles and Martin Short to Contemporary Christian vocalist Darlene Zschech and a late-night jam with R&B legend, Chaka Khan.

He is the author of “HOW TO READ MUSIC – See it, Say it, PLAY it”, and “MUSICIAN IGNITION – How To Create Blueprints For A Successful Music Career”.