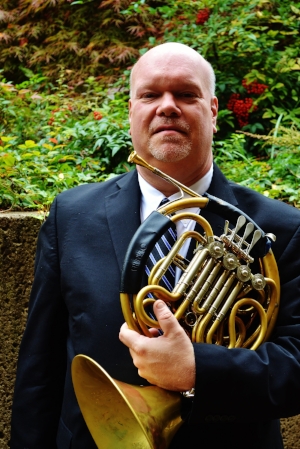 Mr. Ammons has been teaching at Mars Hill since 2011 and has recently retired from the North Carolina Public Schools after 30 years of teaching (band director) at middle schools in Columbus, Henderson, and Buncombe Counties.  During his time in the public schools, Mr. Ammons was a National Board-Certified Teacher and received the “Award of Excellence” from the NC Bandmasters Association (Western District).  He was also awarded “Teacher of the Year” at Rugby Middle School in Hendersonville, NC.  Mr. Ammons’ ensembles consistently earned superior ratings at state and regional music festivals.

At Mars Hill, Mr. Ammons teaches applied horn and horn ensemble.  He is also on the faculty of the Mars Hill University Summer Music Camp, teaching horn and conducting.  He has been a member of the Brevard Philharmonic, Blue Ridge Orchestra, the Asheville Community Band, and other local musical ensembles.  In addition, he maintains an active schedule as a free lance hornist in Western North Carolina and Upstate South Carolina and works with local school band programs as a private horn instructor.