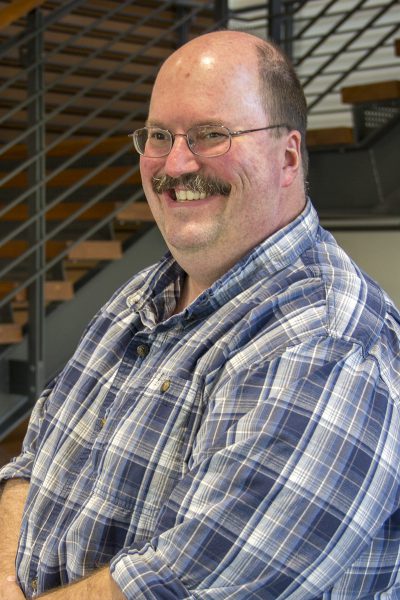 The American Health Council selected Mars Hill University nursing professor Chuck Tucker, D.N.P., M.S.N., R.N., C.N.E., to its board of nurses, naming him one of the “Best in Nursing” for North Carolina. Tucker is an associate professor in Mars Hill’s Judge-McRae School of Nursing, and serves as simulation, lab, and clinical coordinator.

The American Health Council’s “Best in Medicine” and “Best in Nursing” awards programs honor the individuals and institutions that have contributed significantly to medicine and nursing, as well as the training and education of physicians and nurses. In making the selection, the council cited Tucker’s almost three decades in the healthcare industry, 14 years of which are in academia, his record of excellent patient care, passion for teaching, and diligence as an educator.

“I was extremely honored and surprised to be nominated for this award,” Tucker said. “It was an exciting experience to be evaluated among other excellent nurses in North Carolina and receive this award. I look forward to participating with the American Health Council Board of Nursing.”

Tucker began his career with a Bachelor of Science in Nursing (B.S.N.) from Western Carolina University. He earned a Master of Science in Nursing (M.S.N.), and subsequently a Doctor of Nursing Practice (D.N.P.) from Gardner-Webb University. He also gained his certification as a Nurse Educator (C.N.E.) from the National League for Nursing. After some years as a bedside practicing clinician, Tucker transitioned into an academic role where he can generate new scientific nursing knowledge and train the next generation of nurses.

In 1999, Tucker was named among the Great 100 Nurses in North Carolina for his commitment to compassionate and trusting patient care. Additionally, he is professionally associated with the International Nursing Association for Clinical Simulation and Learning (INACSL), the Society for Simulation in Healthcare (SSH), as well as the North Carolina Nurses Association.