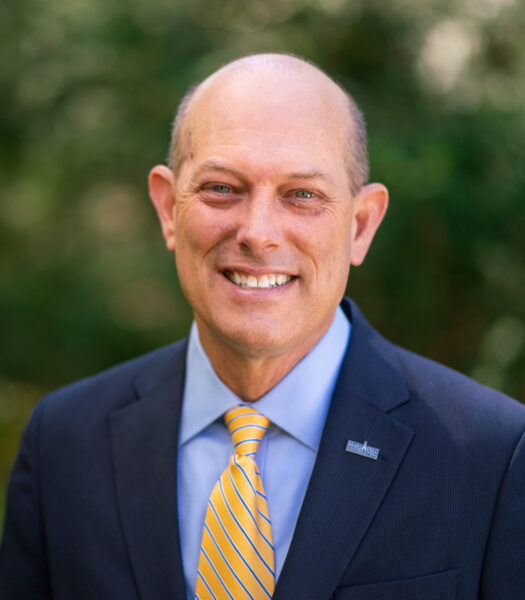 Mars Hill University’s board of trustees recently extended the contract of President Tony Floyd through May 2025.

“Tony Floyd is strategic, a visionary and has a unique understanding of the opportunities and challenges facing higher education,” said board of trustees chair Mike Kelly. “His leadership is aligned with the mission and vision of our university, and he has done a tremendous job of partnering externally with the Mars Hill community and beyond. We are blessed to have Tony and his wife, Terry, and we are excited about all that is ahead for them and our institution.”

Under his leadership the university’s endowment has topped $75 million, its highest level ever. Major estate gifts include one from the Dickinson family for more than $12 million, and another from the Blackwell family for more than $8 million. Among other institutional priorities, the Blackwell gift endowed the Blackwell Scholarship for Student Leaders, which was awarded to nine students in its first year, and the Blackwell Endowed Scholarship and Assistantship for Criminal Justice. Under President Floyd’s watch, the board of trustees approved moving forward with the “Together We Rise Campaign,” which has laid a foundation of large, lead gifts in the campaign’s “quiet phase.”

Other significant gifts to the university during President Floyd’s tenure have included funding to renovate Peterson Conference Center and to launch a new acrobatics and tumbling team, which is fielding 15 student-athletes in its inaugural year. Mars Hill also received major competitive grants, including the renewal of the federal TRIO grant which funds the university’s Student Support Service and a Library of Congress grant for the Teaching With Primary Sources program.

Floyd has worked with local and regional leaders to better position Mars Hill University as a resource for the region, and has worked closely with health leaders and with presidents and chancellors of other area universities to help in a coordinated approach to navigating the COVID-19 pandemic on college campuses in Western North Carolina. Floyd quickly has become recognized by his peers as a capable leader, being elected to the executive boards of the Appalachian College Association and North Carolina Independent Colleges and Universities, and being selected to chair the South Atlantic Conference’s strategic planning committee. Floyd was appointed to the P-20 Council of the Land of Sky Educational Attainment & Workforce Collaborative, which is working to align educational outcomes with the needs of local employers in Madison, Buncombe, Henderson, and Transylvania counties.

“Terry and I are honored by the board’s action to extend my contract. We love Mars Hill University, her alumni, students, staff, and faculty. We feel at home in Mars Hill, and it is a blessing to have this opportunity to be a part of a great town and a great academic community. We appreciate the vote of confidence.”

Kelly said the board was “thrilled to extend President Floyd’s contract. He continues to do a tremendous job leading our university during very challenging times in our world. He is a proven and gifted leader, who has a heart for people. This is especially true when it comes to our leadership team, faculty, staff and especially our students.”