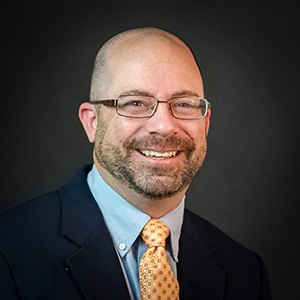 Mars Hill University has appointed Tracy Parkinson, Ph.D., as Provost and Vice President of Enrollment Management. Parkinson comes to the university from Coker University in Hartsville, South Carolina, where he most recently served as executive vice president. He begins his new position at Mars Hill on June 1.

Mars Hill President Tony Floyd said, “Dr. Parkinson is an incredibly well-rounded and gifted academic who has devoted his life to higher education and students. He shares Mars Hill values that emphasize the importance of students being grounded in the liberal arts. His love of the humanities is evident, as he spent many years as a professor of Modern Foreign Languages and Literatures. After working side-by-side with him for a number of years, I know, without hesitation, that he is a gifted leader. His personal story mirrors that of many of our students; he grew up in rural Tennessee and graduated from a small private institution as a first-generation student. I love that he spent much of his life in international travel and study in France and Spain. He has vast experience with accreditation, a key priority for Mars Hill University as we enter into our reaffirmation process in 2022.”

Parkinson served as provost at Coker University from 2011- 2017 and most recently served as executive vice president and acting president at Coker. He has also been a leader in undergraduate admissions, financial and strategic planning, student life, information technology. He has served as chief of staff while overseeing the university’s strategic plan and been involved in gifts and grants totaling approximately $3.25m in value for Coker University. During his time as provost, he oversaw the launch of five master’s programs, development of the College’s first online programs, honors program, two BFA degrees, centers for teaching and learning, leadership and entrepreneurship, diversity and inclusion, and interdisciplinary studies.

Heavily involved in work with the Southern Association of Colleges and Schools, Parkinson also brings experience with the Network for Vocation in Undergraduate Education; placement on the Board of Trustees of Carolina Pines Medical Center; the board of the TEACH Foundation, a foundation which administers $700,000 in annual grants to support equity in educational opportunities in Hartsville, South Carolina; and has been engaged in multiple projects with the Yes We Must Coalition, a national consortium of small, private colleges committed to serving first-generation and Pell-eligible students.

Other projects have included serving as PI for a Teagle Foundation Liberal Arts and the Professions grant, co-PI for a National Science Foundation S-STEM grant (Institutional Collaboration to Recruit, Retain, and Graduate Low-Income Students in Biology), a student success initiative in collaboration with the John Gardner Institute, a partnership with Carolina Pines Regional Medical Center to establish a new School of Nursing, and a dual enrollment partnership with the South Carolina Governor’s School for Science and Mathematics.

Before going to Coker, Parkinson served as professor of Modern Languages at King College in Bristol, Tennessee, from 1999-2011, where he also held numerous administrative positions, culminating as dean of the faculty and associate vice president for academic affairs. 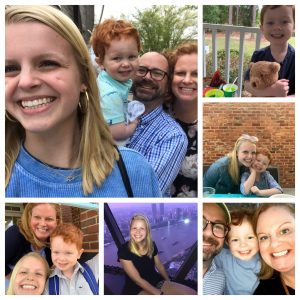 Parkinson said, “I am convinced that higher education’s best work over the coming years, that of helping students discover their potential, persist to graduation, and discern a sense of purpose, will be accomplished at places like Mars Hill. The places that make the biggest difference will be the MHUs of the world. I am honored and humbled to have the opportunity to be part of that effort, and I will commit my best effort to help us achieve our aspirations for the university and its students.”

A native of Cleveland, Tennessee, Parkinson earned his undergraduate degree at Carson-Newman College and his master’s and Ph.D. at the University of Tennessee at Knoxville. He also has studied at Universidad de Santiago de Compostela in Spain, Cornell University, and the American University of Paris. Parkinson is joined by his wife, Nichole Long, a graduate of Emory & Henry College with a major in Public Policy and Community Service who also holds an MBA. She currently serves as a Student Success Coach and Adjunct Lecturer in Business at Coker University. They have two children, Adkins, an upcoming kindergartener, and Abigail, a rising senior at Furman University.