MHU Professors and Staff Members Awarded For Work With Students 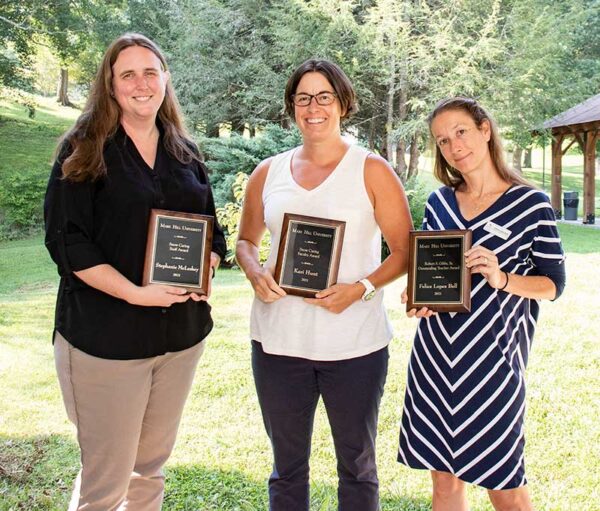 The Snow Caring Award was established in 1999 by A.C. and Nancy Snow in memory of their daughter Melinda Jean Snow, a 1988 graduate of Mars Hill College. Also known as the “Chicken Soup Award,” the Snow Award is given to one staff member and one faculty member whose lives and teaching styles reflect the personal concern for students illustrated by an oft-remembered quote from Melinda. As a junior, Melinda transferred from UNC Chapel Hill to Mars Hill, citing a desire for the smaller college atmosphere. She is known to have said, “At MHC, you miss class and pretty soon somebody, often a faculty member, is knocking on your door, bringing a bowl of hot chicken soup.”

McLeskey was nominated for the honor for her work across a range of activities in the past year, including service on the university’s Care Team, Compassionate Withdrawal Committee, Benevolence Fund, and Title IX committee. The nomination also cited her one-on-work with students, including as an advocate during the appeals process and as an instructor of a First Year Seminar course. In presenting the staff award Floyd made special mention of the role she played in supporting grieving student-athletes following the unexpected death of volleyball coach Tony Fontanelle last spring.

Hunt, recipient of the faculty award, has been instrumental in the university’s response to the COVID-19 pandemic. In addition to serving on Mars Hill’s COVID Response Team, she coordinated the university’s Student Health Ambassadors. Working with health experts from MAHEC (the Mountain Area Health Education Center) and other western North Carolina institutions, she helped the student ambassadors model safe behaviors, educate and support other students in engaging in safer practices, and provide feedback to campus leaders about the student experience.

The Gibbs Outstanding Teacher Award is intended to encourage and reward excellence in teaching at Mars Hill University. Nominees are considered based on outstanding performance as a classroom teacher, outstanding development of teaching methods and materials, influence on students, and influence on other teachers. The Gibbs Award was established in 1970 in memory of Robert S. Gibbs, Sr., who served on the Board of Trustees at Mars Hill College from 1903-1943. 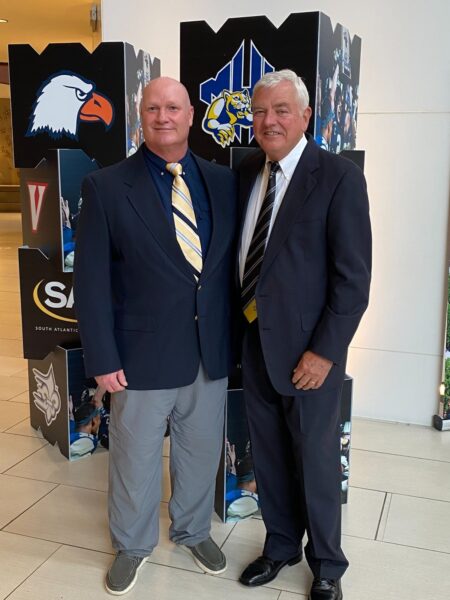 Bell’s nomination for the Gibbs Award noted her “indefatigable support of students’ needs and aspirations,” especially her serving of students’ emotional, academic, and creative needs through the COVID-19 pandemic. In addition to teaching a full course load, Bell runs the university’s writing center, oversees the publication of the Cadenza student art and literature magazine, and facilitates student poetry slams. The nomination described Bell’s belief that for Mars Hill professors to teach their students to the best of their abilities is a social justice issue, and cited her commitment to students’ need for one-on-one feedback on their papers, poems, presentations, and other written works.

The Heart of a Lion Award was established by Floyd early in his tenure as Mars Hill’s president, and is given to a staff or faculty member who represents the qualities the university seeks to teach: hard work, selflessness, diligence, and “going the extra mile.” He mentioned Shelley’s dedication to the student-athletes with whom he works as the university’s head athletic trainer, but also to the rest of the campus community, particularly during the pandemic. Shelley and his athletic training staff also were recognized this year by Mars Hill’s athletic conference with the David Riggins Service Award.