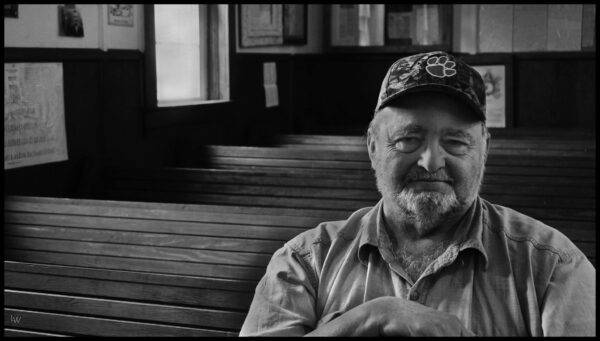 Bobby McMillon at the Old Kona Baptist Church in 2018. Photo by Leila Weinstein

Bobby McMillion devoted his life to preserving the oral traditions of the Appalachian region. Although he died last November at the age of 69, his work will continue, thanks in part to the Bobby McMillon Legacy Project at Mars Hill University’s Ramsey Center for Appalachian Studies. The Ramsey Center received a South Arts “In These Mountains” grant to establish the project.

McMillon was a ballad singer and storyteller in Yancey County with encyclopedic knowledge of all things Appalachian. He left behind a rich and valuable collection of song and story transcriptions and recordings, ephemera from old-time musicians and festivals, and a desire that his friends “keep it going.”

Through the $10,000 South Arts grant, the Ramsey Center will help keep it going. The center will work with traditional musicians to establish a multi-dimensional project centered around McMillon’s vast collection of Appalachian songs, ballads, stories, and folklore. The project will include the creation of an accessible digital collection, artist residencies, a podcast, MHU student collaboration, and community performances.

Among the community performances is a Round Robin Ballad Circle on November 10, led by ballad singer Sheila Kay Adams and musician and folklorist William Ritter, both longtime friends of McMillon.

“We are so grateful to the South Arts In These Mountains Initiative for providing this funding to help preserve Bobby’s materials and to make them accessible.” said Leila Weinstein, project director of the Legacy Project and program coordinator for the Ramsey Center and MHU”s Appalachian Studies academic program. “We think that this accessibility will mean that his legacy will inspire traditional musicians – both established and aspiring – for years and years to come.”

McMillon was a fixture at MHU’s annual Lunsford Festival ballad swap. He spent his life learning and collecting from tradition bearers all over western North Carolina, eastern Tennessee, and farther afield. When he passed away in 2021, he left behind a rich collection of notebooks and manuscripts of traditional ballads and songs, approximately 75 audio cassette tapes, 5 reel-to-reels, songsters, and other ephemera. 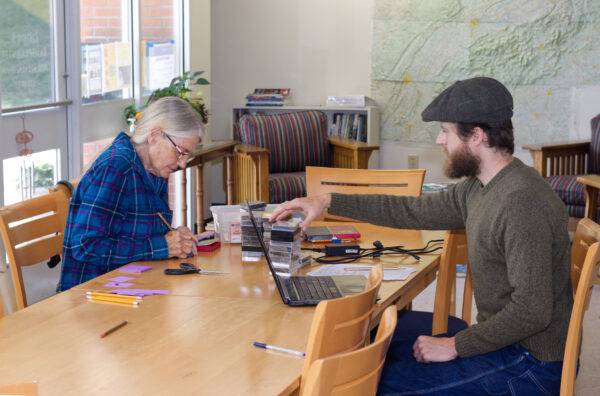 Weinstein and Karen Paar, Ph.D., university archivist and director of the Ramsey Center’s Southern Appalachian Archives, are joined on the project team by Adams and Ritter. as well as dancer Rodney Sutton. They will catalog McMillon’s extensive audio recordings in preparation for their digitization and further preservation.

“It has been so touching to be with Sheila, William, and Rodney as they’ve begun to look through the collections of their dear friend,” said Weinstein. “It’s a real labor of love.”

McMillon learned songs and stories from relatives in Eastern Tennessee and Western North Carolina when he was a boy, and by age 17—inspired by the Frank C. Brown Collection of North Carolina Folklore in the Lenoir Public Library and tutelage from Appalachian State University folklorist and professor Cratis Williams—began recording interviews and the old songs and stories of family, friends, and neighbors. He also began performing at festivals across the region.

The collection features tradition-bearers such as his great-aunt Mae “Maw Maw” Phillips (from whom he learned dozens of songs and stories), Watauga County’s Ellison Family, Tennessee ballad singer Hamper McBee, and Janette Carter. The Legacy Project materials also will include more than 100 recordings of McMillon, himself.