Bailey Mountain Cloggers Invited to Perform at Festival in Greece 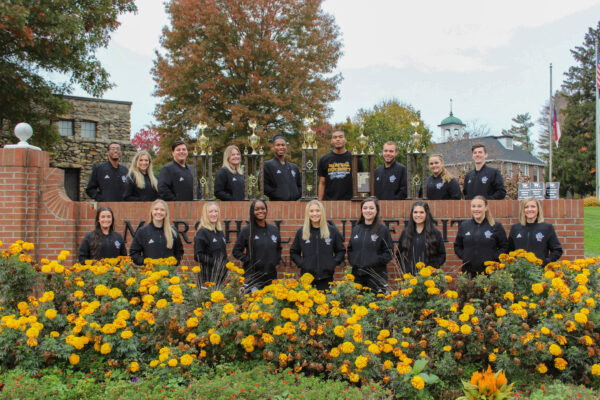 The Bailey Mountain Cloggers, Mars Hill University’s precision dancing team, have been invited to perform at next summer’s Festival Days in Greece. The international folklore festival will be held June 22-26, 2022, in Paralia, a tourist seaside village on Greece’s eastern coast.

“Traveling abroad to represent the USA, North Carolina, and our university is an absolute honor,” said Danielle Plimpton, managing director of the Bailey Mountain Cloggers. “Not only do we share our dance and music traditions with the world, but we have the chance to experience other cultures and learn dances from several countries.”

The team’s most recent international trip included performances in Ireland and Portugal in 2019. In fall 2021 BMC won its 29th national championship in October and performed in the Chicago Thanksgiving Parade in November.

During the trip to Greece, the cloggers hope to visit the Areopagus, or Mars Hill, in Athens. The university’s name comes from a New Testament passage about the Apostle Paul’s visit to the site. “That will be a very rewarding and incredible educational experience for our students,” said Plimpton. “It is amazing what clogging can do and the opportunities it can bring to our students at MHU!”

The Bailey Mountain Cloggers are led by managing director Danielle Buice Plimpton and assistant director Dallas Moffat. Both were standouts on the team during their Mars Hill University dance careers. For more information, visit www.baileymountaincloggers.com or email dbuice@mhu.edu.