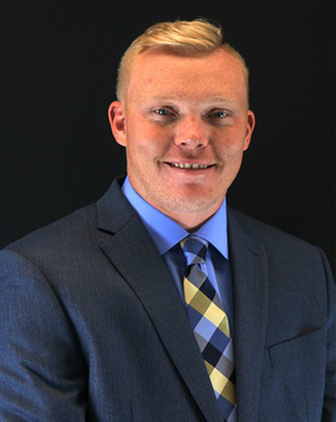 Hunter Bryant has been promoted as the new head baseball coach, as announced by Director of Athletics Rick Baker.

“Being named head baseball coach here at Mars Hill University is an honor and a title I don’t take lightly,” Bryant said.  “I would like to personally thank President Floyd and Athletic Director Rick Baker for trusting and believing in me. I have poured my heart and soul into this program the last four years and am very excited to continue pressing forward in the right direction.”

“We made the decision to promote Hunter Bryant as our new head baseball coach without hesitation,” Baker stated. “In his four years at Mars Hill he has proven his knowledge of the game, his professionalism, his positive influence on our players and his love for the institution. Coach Bryant will continue the team’s success on and off the field and strive for all his players to obtain a degree from MHU. We are lucky to have Coach Bryant at the helm.”

Bryant was named team captain his junior and senior seasons, as well as being selected as UNC Asheville’s Male Athlete of the Year in 2015. Bryant finished his career with a .289 batting average and in his senior season he was named Second Team Big South All-Conference, First Team All-Conference by College Sports Madness, Second Team All-State by NCCSIA and First Team All-Academic by the Big South Conference.

Zach Honeycutt will remain on staff, serving as assistant coach and recruiting coordinator.  Honeycutt joined the Lions’ coaching staff for the 2018-19 season and is a Mars Hill alum, graduating in 2015.

“I am thankful for this opportunity to represent Mars Hill University,” Honeycutt stated. “I would like to thank both our AD Rick Baker, as well as President Floyd, for giving me this opportunity. I am honored to be back coaching at my alma mater. Mars Hill is a special place and I am very humbled to be a small part of such a great institution.”

“As an alum, Zach has an unmatched desire and passion to see this program succeed on and off the field,” Bryant added. “Rewarding him for his hard work and dedication was an absolute no brainer.”