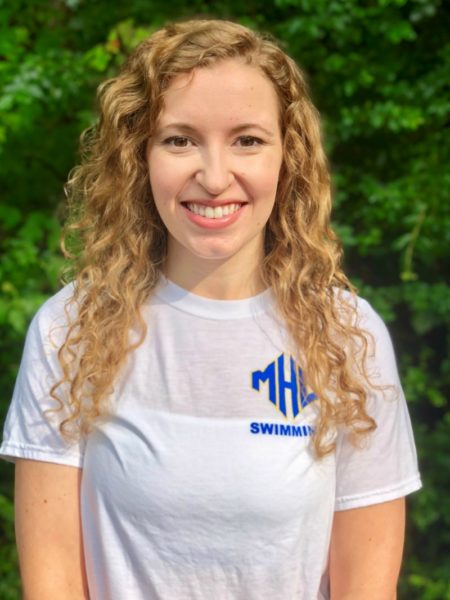 Ellenor Grier has been named the new head men’s and women’s swim coach and certified pool director at Mars Hill University, as announced by Director of Athletics Rick Baker on August 9, 2019.

Grier stated, “I am so thankful to President Floyd, Rick Baker and Mars Hill University for this amazing opportunity. It is always a coach’s dream to return to their Alma Mater and I am so excited to be back at this wonderful institution. It is such an honor to follow in Coach Guyer’s footsteps. I am looking forward to continuing the legacy that he has built over the past 15 years.”

Grier, an alumna of Mars Hill, returns after serving as the Athletics Crew Supervisor, Swim Coach and Aquatics Director at Warren Wilson College for the past three years. Grier was responsible for many aspects in her various roles including, but not limited to, recruiting athletes, being elected the Treasurer of the Appalachian Swim Conference, creating work programs to provide students with skills and discipline to succeed as students and future employees, as well as representing the Aquatic Center Project through television interviews on local Asheville news outlets.

Baker stated, “Coach Grier is the perfect fit for our position. An alumna of MHU, she had a stellar career as a student-athlete and has proven herself as a very successful collegiate swim coach. An advocate of helping her swimmers reach both their academic and athletic goals. Coach Grier’s philosophies on building skills in our student-athletes including perseverance, critical thinking, and dedication will maintain our current teams’ culture of promoting our swimmers into quality citizens and successful leaders in today’s world.”

Prior to joining Warren Wilson, Grier served as a swim instructor, head lifeguard and assistant manager at Swim Club Management Group in Huntersville, North Carolina from May 2014 to August 2015. While there, Grier taught a variety of age groups and skill levels proper swimming techniques while also ensuring appropriate safety and enforcing pool rules and maintaining the pool.

Grier served as swim team captain at Mars Hill for three years where she assisted previous head coach Teddy Guyer in meet organization and planning, developing and implementing practices as well as demonstrating her strong leadership skills to her fellow teammates through determination and perseverance. Grier graduated from Mars Hill with a Bachelor of Science degree in Biology.

She later obtained her Master of Science degree in Coaching and Athletic Administration from Concordia University Irvine in February 2018.