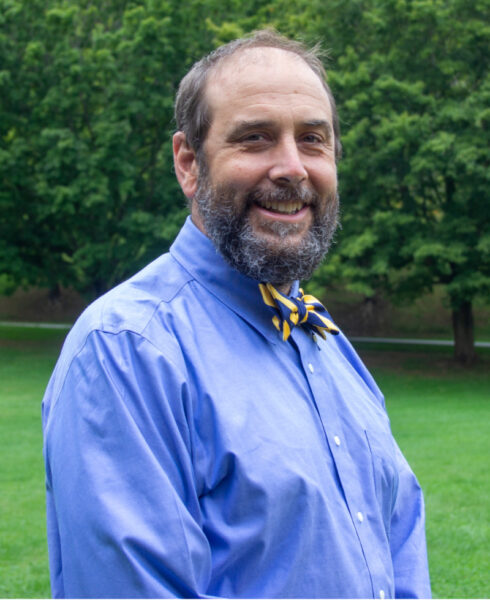 Dr. Matthew Baldwin holds a B.A. in Comparative Religion, a Masters in Divinity, and a Ph.D. in Bible with a focus on the New Testament and Early Christian Literature. An expert in early Christian narrative texts and in the religions of Mediterranean antiquity, and on the elaboration of cosmological and apocalyptic themes in politics and popular culture, Dr. Baldwin’s teaching at Mars Hill University has spanned a spectrum of topics in Bible; Humanities; ancient history, religion, and philosophy, early Christianity, ancient Israel, and biblical languages. He also teaches courses in the history of intellectual culture and philosophy in America, world religious traditions, mythology, and theories of religion. His research applies literary, sociological, and anthropological theories to the interpretation of texts both ancient and modern, aiming to develop our understanding how institutions, ideologies, and behaviors that get classified as “religious” (especially, the practices of reading and interpreting the Bible) operate in human culture.

Dr. Baldwin’s publications include the book _Whose Acts of Peter? Text and Historical Context of the Acts of Peter_ (Mohr-Siebeck, 2005), which presents a novel thesis about the original historical context of the Latin Acts of Peter, an important early Christian narrative about Jesus’ chief disciple, the apostle Peter. Dr. Baldwin also serves as co-chair of the Redescribing Christian Origins Seminar in the Society of Biblical Literature and is an active member of the North American Association for the Study of Religion. Dr. Baldwin is competent to read a number of ancient languages including Greek and Hebrew (which he also teaches), Latin, and Ethiopic, and also has competency in several modern scholarly languages including French and German.

Matthew Baldwin is married to MHU Professor of Psychology Dr. Yael Baldwin. Together they have two children, James (10) and Lena (13). They live in Asheville, NC.