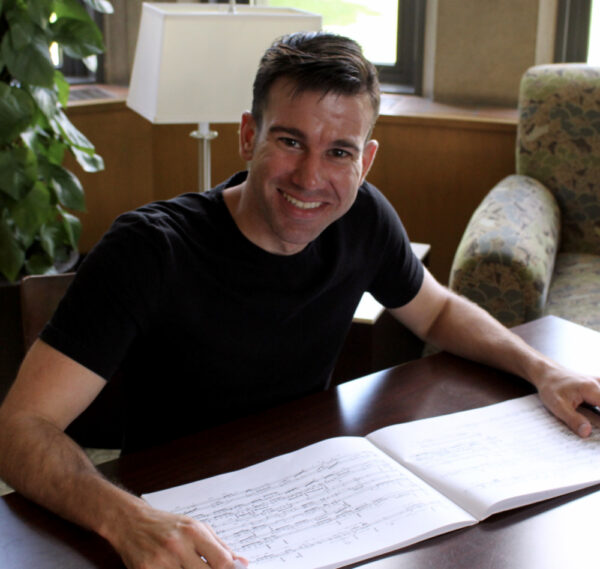 When the Mountain Lion Marching Band takes the field September 2 at Mars Hill University’s first home football game of the season, it will be under new leadership. Hunter Kopczynski is the university’s new director of bands, a role which includes co-direction of the marching band with director of percussion studies, Brian Tinkel.

An assistant professor of music at Mars Hill, Kopczynski teaches conducting and music education courses. As director of bands, he conducts the wind symphony as well as co-directing the marching band.

“I am honored to serve the students and community of Mars Hill University as the next director of bands,” Kopczynski said. “I’m excited to work with our incredible students and alongside the respected faculty of MHU as we create experiences, develop globally-minded exceptional student-musicians, and build the future of a legacy.”

“From the start of our search process, Dr. Kopczynski stood out as one of our most attractive candidates,” said Rod Caldwell, chair of Mars Hill’s music department. “We were immediately drawn to his background and experience as a high school band director in Virginia, his pedigree during his graduate work at Michigan State, and his energy and enthusiasm for Mars Hill. So, we could not be any more thrilled to have him join our faculty.”

Kopczynski taught for seven years in the public schools of Virginia, teaching middle and high school band in Roanoke County and most recently as director of bands at Warhill High School in Williamsburg. While teaching in Virginia, he was active in the Virginia Band and Orchestra Directors’ Association and served on several school and district committees. Kopczynski is an active adjudicator, clinician, and guest conductor, and has presented at state and regional music education conferences. He holds professional membership in the College Band Directors National Association and the National Association for Music Education.