Jump back into the life of the mind with dance 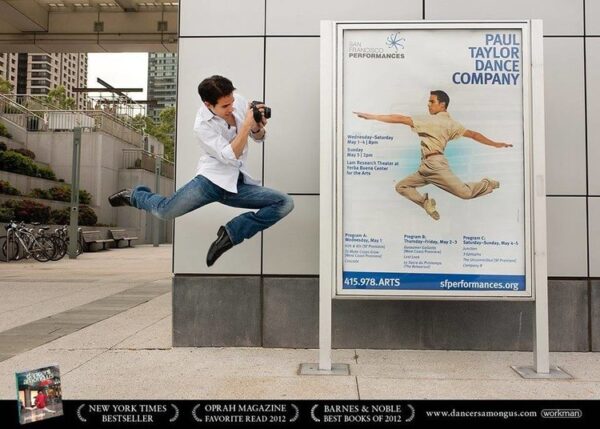 Jump back into the life of the mind with dance: A Conversation with a Professional Dancer

Cisco Graciano, former dancer for the Paul Taylor Dance Company (one of the most iconic modern dance companies in the world), will join (virtually) our community to discuss his artistic journey and share with us a choreography of his creation.

A native of San Antonio, Texas, Graciano holds an MFA in Dance from Florida State University. His training began at an early age with ballet and theater. After completing his undergraduate degree in Dance at Stephens College for Women he continued his training with scholarships to the Ailey school and the Taylor School. He has been a member of Ben Munisteri Dance Company, Cortez & Co. Contemporary/Ballet, Pascal Rioult Dance Theater, and was a founding member of Dusan Tynek Dance Theater and TAKE Dance Company. In 2001 he danced in the Robert Wilson/Philip Glass opera, White Raven at the New York State Theater. That Fall Robert Wilson personally requested him to be featured in his first production of Aida in Brussels. He danced with Taylor 2 from 2004 – 2006 and the New York Times declared Mr. Graciano a “virtuoso star” when he danced in the Paul Taylor Dance Company from 2006 – 2017. In 2009 he was featured in Dance Magazine’s “25 to Watch” hailed as a dancer with a “freshness that’s all his own.” Following Taylor he joined The Broadway Dance Lab for the Fall 2017 cycle. He then collaborated with Miriam Barbosa Dance on a new performance work, Enter the Luminous, which brought together artists from other disciplines to explore the transcendent nature of visual art and premiered at New York Live Arts.

In the summer of 2020, amidst the COVID pandemic, he was chosen to be the debut choreographer for Dance Lab New York’s Nexus Lab where he experimented with video conferencing technology to create live digital performance. He has also been a guest choreographer for Calpulli Mexican Dance Company where he has the opportunity to dive into his Mexican-American identity. He continues to teach and set his own choreography in universities across the country and in communities internationally in addition to being a rotating faculty member at the Paul Taylor School. In addition to investigating dance and his own choreography he continues to photograph dancers. His photographic work has been exhibited in major publications like Dance Magazine, Dance Spirit, and Dance Teacher, and galleries in San Francisco and New York. He is also a certified GYROKINESIS® trainer. Visit www.franciscograciano.com and @ciscograciano on social media for more information.